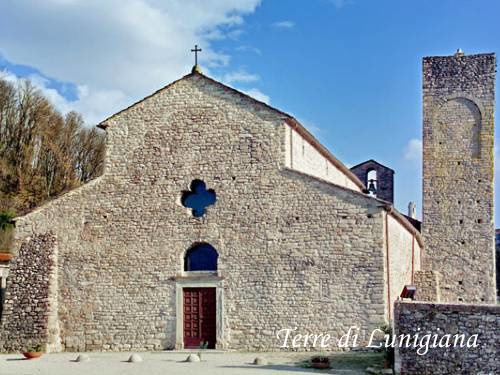 The Romanic parish of Sorano


The territory of the village of Filattiera, in the high Lunigiana, is very wide and it extends between the mountain and the hill, from the course of the Magra river to the Appennine ridge.
Its historical importance is testified from the many archeological discoveries. The village was a Byzantine fortification. Under the dominion of the Malaspina, on the hill of Saint George, a castle rose from where now only remains a tower with a church. In the second half of XIV century the Malaspina began the construction of another castle that currently is found in the medieval square of the village. Beatiful is the Romanic church of of Sorano, recently restructered, along the Via Francigena and situated under the old site of "Castelvecchio".
In the nearby, the medieval village of Ponticello and Caprio.

What to see in Filattiera

The upper village is graced by the castle and the church of San Giorio. In the lower part, the beautiful church of Sorano and nearby, the village of Ponticello.