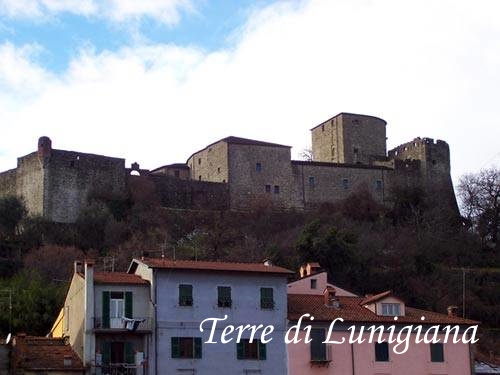 The castle of Piagnaro, situated at the top of the hill dominating the northern approach to Pontremoli, makes part of a system of walls and towers erected in defense of the city during its history. Its name comes from the hill where it was erected, called of the Piagnaro because of the "piagne" made with the sandstone of the knoll to cover the roofs.
The original fortress was probably built between the IX and X century. Destroyed by the emperor Enrico V in 1100, it was reconstructed and in 1167, the castle stopped the advancing army of Federico I. It was destroyed again in 1243 by the vicar of the emperor Federico II, and in 1329.
The modern structure dates back mostly to the XIV century reconstruction, carried out by the Ghibelline faction. Today, the more ancient part is the semicircular northern tower and due to numerous rerarrangements, the castle seems a fortress.
Since 1975, the castle is home of the Archaeological Museum of the statues-Stele of Lunigiana.

More information:
The photos of the castle of the Piagnaro
The castles of Pontremoli