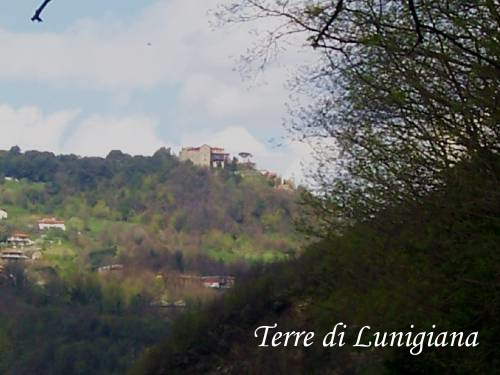 
Podenzana raises on the right of the Magra river, and it is constituted by two different parts of territory, one in the Magra valley, and the other in Vara Valley. Podenzana does not correspond to a precise village, but it is formed by different parts, as it can be noticed covering the narrow curves towards the top.
Mentioned since 884, Podenzana conserve its castle, currently of private property, reconstructed many times as a result of several destructions, and the sanctuary of the "Madonna delle Nevi" or "del Gaggio". The church is characterized from a chestnut tree conserved in the back of the altar, where following the tradition, the Madonna would have appeared. Every 5 August Podenzana celebrates the ceremony in honor of the Madonna of the Snow, with a fair, and in the same month, the festival of the "Panigacci" is carried out, the famous typical plate. A fraction of Podenzana, Montedivalli, is located in the Liguria region and conserves a pearl of Romanesque art: the parish of Saint Andrew.

What to see in Podenzana

Podenzana is composed of several villages. In Castello, there are the castle and the sanctuary of Our Lady of Gaggio. On the Ligurian side, we find the beautiful church of Montedivalli.