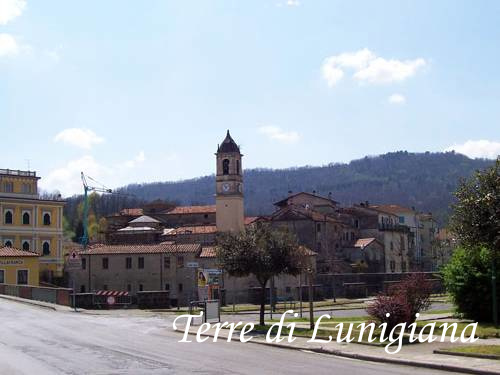 
Villafranca extends from the low valley of the Magra river to the confluence of the Bagnone torrent. Its origins date back to the XI century, along the road of the Bardone mount, on the medieval tracing of the Romea way, from San Nicolò chapel to the ruins of the castle of Malnido of Corrado the Ancient. Near the train station, we can admire the Church of San Francesco of the XVI century, characterized by the ancient convent, today used as a school. Inside the XV century flour mills, it is located the Ethnografic museum of Lunigiana, that illustrates, through collections of objects of different kind, customs, uses, activities and rituals of the popular culture of Lunigiana.
Near Villafranca, in Filetto, tens of "statue stele" were founded in its forest, that must have been a pagan sacred place. Someone identifies it with the "Selva" of Dante. Every 25 August, Filetto celebrates the fair of San Genesio. And every August as well, in the walled village, there is the medievale market. In Malgrate, it is possible to pay a visit to the castle, in optimal conditions. Virgoletta is one of the beautiful villages of Lunigiana, dominated from the Malaspina castle.

What to see in Villafranca

The old village developed around the castle of Malnido, now in ruins. Nearby, Filetto, Malgrate, Virgoletta visit...