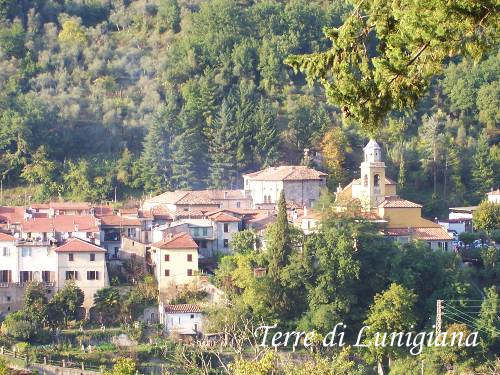 
Licciana Nardi is found in the high course of the Magra river and it extends from the Appennine ridge to the end of the valley. The landscape is therefore varied and includes flat zones, hills and mountains. Going back to the XII century, Licciana was the door to the Lagastrello and place of important traffics. The village is characterized by the castle, today of private property and not visitabile. In the XV and XVI century was transformed in fortified palace. Close to the castle, the marble statue of Anacarsi Nardi remembers the hero of independentism who gave name to the city. In the nearbies, it is possible to visit the restored castle of Terrarossa, the ancient Rubra of the medieval routes, Monti, with the castle still property of the Malaspina, and the Romanesque churches of Venelia and Pontebosio, the castle of Monti, the village of Panicale, with the Medici palace, the tower of Apella and Varano, the village of Tavernelle.

Enclosed in the historical center, the medieval lanes lead to the small square with the Malaspina palace, the old castle. Nearby, Bastia, Monti, Panicale, Taponecco.