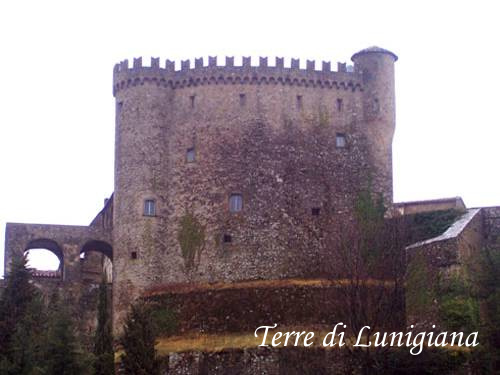 
Lunigiana is an historical region of Tuscany and Liguria. It owns its name to the city of Luni, ancient Etruscan city, and then Roman colony since the II the century b.C. In these lands settled down the Liguri, mysterious popolation that left us the statues stele. In V the century, Lunigiana was robbed by the Vandals, and then by the Longobards of Rotari.
At the end of the first millenium, the earl-bishops of Luni and the Malaspina family fought for the predominion of Lunigiana. The dispute was finally resolved on behalf of the Malaspina that started an hegemony on the region. The successive fragmentations on several feuds, becasuse of the peculiar division of the Malaspina (every male descendant inherited a part of the feuds) lead to a quick decadence, favouring The Republic of Florence, and also from time to time, Lucca, Genova and Parma.
In 1797, Napoleon included Lunigiana in the Cisalpina Republic, and in 1802 Lunigiana made fully part of the Italian Republic that comprehended Austrian Lombardy, Valtellina, part of the State of the Church and Modena. After the Congress of Vienna in 1814, the ancient Lunigiana Region was diveded amog the Reign of Sardinia and the Ducati of Modena and Parma.
The borders were traced on the paper without keeping in mind the historical values. The historical Lunigiana was mainly included inside Tuscany, leaving out Sarzana and the ancient Luni in Liguria.