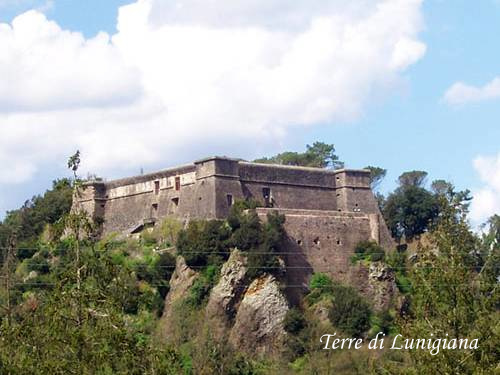 The Brunella fortress (perhaps so called by the color of the rock on which is built) is a mighty quadrangular construction typical example of a projected fortification for fire weapons. The natural defensive potentiality, dependent from the particular choice of the site on a precipice on the spur of a rock, is indissolubly tied to the effectiveness of architectural choices in which typology and constructive characters openly declare the wish to modify the conception of the defensive structures for the modernization of the military techniques. The terrestrial plan results today still articulated in a series of saloons of different ampleness.
The Brunella was built in the XVI century, perhaps by Giovanni "dalle Bande Nere". The native nucleus is probably dated between the XIII and the first years of the XIV century, in a period in which the defensive conceptions were in rapids transformation.

More information:
The castles of Aulla